I visited the Tamgaly-Tas petroglyph site on the banks of the Ili River at the beginning of a two-day trip to the Altyn-Emel National Park. Here follows a quote from an article entitled Kazakhstan: The Petroglyph Site of Tamgaly-Tas, in the book Heritage at Risk:

“The stones of Tamgaly-Tas were engraved by the Oirat-Djungar (or Kalmyk) people who were Western Mongol tribes converted to Tibetan Lamaist Tantric Buddhism in the 16th century. Under the rule of Galdan, they built the new and last of the steppe empires in conflict with the Manchu, Russian and Kazakh powers. During the early 18th century, the Djungar conquered East Semirechie and moved their headquarter from Semipalatinsk to Kulja. It was at that time that Tamgaly-Tas was built (1705–1710?).”
READ MORE… 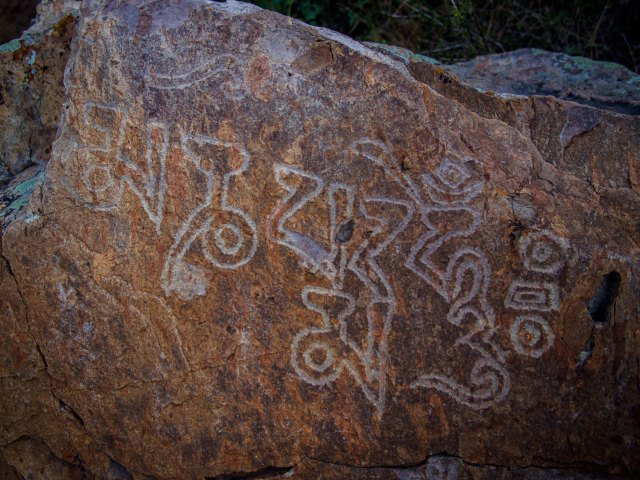